Summer Cup or in the original also Fruit Cup, are in Germany still rather unknown beverages, at least as far as the designation is concerned. For this reason I would like to introduce this variant of the gin cocktail to you today. Traditionally the Summer Cup comes from England. Over the years it slowly gained familiarity and popularity as a long drink, which was combined with soft drinks like lemonade or ginger ale. These long drinks are usually based on gin, but there are also a few Summer or Fruit Cup variations with vodka. Summer Cups are so well suited for the summer because they are simply wonderfully refreshing, especially since many fruits belong in the cocktail. Also the mint, which is a component of the drink, contributes to this effect. Our recipe variant contains oranges and mint, but you could also use any other fruit you like. Some examples are strawberries, blueberries, limes and apples.

Which gin is used for the Gin Summer Cup Gin Cocktail?

The most frequently used gin variety for the Gin Cocktail Gin Summer Cup is probably Pimm’s No. 1.

Gin is characterised by a slightly bitter, herbaceous and spicy taste. By the way, this is a liqueur based on gin, the alcohol content is „only“ 25%. In relation to most Gin sorts this is rather little. Pimm’s No. 1 should rather be mixed with ginger ale in the Gin Summer Cup. The fine ginger note supports the spicy gin and harmonises perfectly with the fresh fruits.

How to prepare a really good Gin Summer Cup?

How to complete a Gin Summer Cup?

After cucumber, orange and ice cubes have been added to the glass, 6 cl Summer Cup are added. 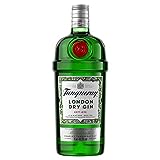 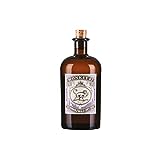